The High Transmission of SARS-CoV-2 Omicron (B.1.1.529) Variant is Not Only Due to Its hACE2 binding: A Free Energy of Perturbation Study - Version: 1

The mutations in the spike protein of SARS-CoV-2 Omicron variant (B.1.1.529 lineage) gave rise to questions, but the data on the mechanism of action at the molecular level is limited. In this study, we present the Free energy of perturbation (FEP) data about the RBD-hACE2 binding of this new variant.

We identified two groups of mutations located close to the most contributing substitutions Q498R and Q493R, which altered significantly the RBD-hACE2 interactions. The Q498R, Y505H and G496S mutations, in addition to N501Y, highly increased the binding to hACE2. They enhanced the binding by 98, 14 and 13 folds, respectively, which transforms the S1-RBD to a picomolar binder. However, in contrast to the case in mice the Q493R/K mutations, in a combination with K417N and T478K, dramatically reduced the S1 RBD binding by over 100 folds. The N440K, G446S and T478K substitutions had lesser contribution. Thus, the total effect of these nine mutations located on the interaction surface of RBD-hACE2 turns out to be similar to that observed in the Alpha variant. In a special circumstances it could be further altered by the E484A and S477N mutations and even lower binding capacity is likely to be detected. Finally, we provide a structural basis of the observed changes in the interactions.

These data may explain only partially the observed in South Africa extremely high Omicron spread and is in support to the hypothesis for multiple mechanisms of actions involved in the transmission.

On November 26, 2021, WHO identified the SARS-CoV-2 Omicron variant (B.1.1.529 lineage) as a variant of concern (VOC), based on evidence that it contains numerous mutations that may influence its behavior [1]. However, the mode of transmission and severity of the Omicron variant remains unknown. The B.1.1.529 lineage has a total number of 11 amino acid mutations in its receptor binding domain (RBD): K417N, N440K, G446S, S477N, T478K, E484A, Q493R, G496S, Q498R, N501Y and Y505H [2]. These mutations have been discovered in samples collected in Botswana on November 11, 2021 and South Africa on November 14, 2021. As of 3 December and since 2 December 2021, 30 additional SARS-CoV-2 Omicron VOC cases have been confirmed in the European Union (EU). Countries and territories outside the EU have reported 377 confirmed cases. Globally there were 486 confirmed cases reported by 35 countries. It is uncertain if the Omicron variant is more transmissible or severe than the Delta variant. However, this is the most divergent strain detected so far during the pandemic raising concerns and several countries have already closed their borders due to the possible risk. The mutations in the spike protein of Omicron gave rise to questions, but the data on the mechanism of action at the molecular is level is limited.

In the end of December 2020 we provided urgently high quality data about the effect of the N501Y and K417N mutations, detected in Alpha and Beta variants, to the RBD-hACE2 binding by the Free energy of binding (FEP) approach [3]. The results have been later confirmed by the experimental studies [4-7]. Further, we performed a similar study also for the R346K mutation found in the Mu SARS-CoV-2 variant, which affected monoclonal antibodies (mAbs) from class 2 [8]. In the current study we used the same technique to assay the binding of the Omicron’s S1 RBD to hACE2 and to provide at a molecular level a detail description of the RBD-hACE2 interactions. The FEP method is one of the most successful and precise in silico techniques for protein-protein interactions predictions [9]. It outperforms significantly the traditional molecular dynamics based methodologies, such as for example MM/GBSA and empirical solutions like FoldX. It also often precisely predicts the free energy differences between the mutations [10-12] and has a more than 90% success in the prediction whether one mutation will have either a negative or positive effect on the binding [9].

Our FEP calculations were based on the recently published X-ray structures of the Alpha and Beta SARS-CoV-2 RBD variants of the virus [13]. We observed that two groups of Omicron mutations significantly altered but with an opposite effect the S1 RBD-hACE2 binding (Table 1, Figure 1 and Figures 2A and 2B).

N501Y and K417N Mutations in the Spike Protein of SARS-CoV-2 Alter the Interactions with Both hACE2 and Human-Derived Antibody: A Free Energy of Perturbation Retrospective Study

The N501Y and K417N mutations in the spike protein of SARS-CoV-2 and their combination gave rise to questions, but the data on their mechanism of action at the molecular level were limited. In this study, we present free energy perturbation (FEP) calculations, performed at the end of December 2020, for the interactions of the spike S1 receptor-binding domain (RBD) with both the ACE2 receptor and an antibody derived from COVID-19 patients. Our results showed that the S1 RBD-ACE2 interactions were significantly increased whereas those with the STE90-C11 antibody dramatically decreased. The K417N mutation in a combination with N501Y fully abolished the antibody effect. However, Lys417Asn seems to have a compensatory mechanism of action increasing the S1 RBD-ACE2 free energy of binding. This may explain the increased spread of the virus observed in the U.K. and South Africa and also gives rise to an important question regarding the possible human immune response and the success of the already available vaccines. Notably, when the experimental data became available confirming our calculations, it was demonstrated that protein–protein FEP can be a useful tool for providing urgent data to the scientific community.

Link to Journal of Chemical Information and Modeling 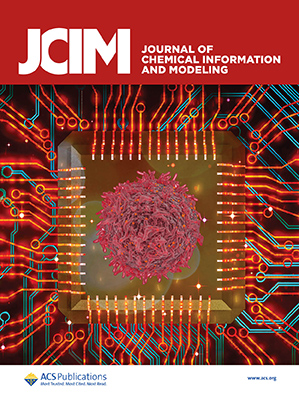 The R346K Mutation in the Mu Variant of SARS-CoV-2 Alter the Interactions with Monoclonal Antibodies from Class 2: A Free Energy of Perturbation Study

The Mu variant of SARS-CoV-2 has been recently classified as a variant of interest (VOI) by the world health organization (WHO) but limited data are available at the moment. In particular, a special attention was given to the R346K mutation located in the receptor binding domain (RBD). In the current study we performed Free energy of perturbation (FEP) calculations to elucidate it possible impact on a set of neutralizing monoclonal antibodies (mAbs) which have been shown to be strong inhibitors of the most other known COVID-19 variants. Our results show that R346K affects the class 2 antibodies but its effect is not so significant (0.66 kcal/mol); i.e. reduces the binding with RBD about 3 times. An identical value was calculated also in the presence of both class 1 and class 2 antibodies (BD-812/836). Further, a similar reduction in the binding (0.4 kcal/mol) was obtained for BD-821/771 pair of mAbs. For comparison, the addition of K417N mutation, present in the newly registered Mu variant in July 2021 in UK, affected the class 1 mAbs by 1.29 kcal/mol reducing stronger the binding by about 10 times. Thus, the resistance effect of R346K mutation in the Mu variant is possible but not so significant and is due to the additional decrease of antibody neutralization based on the reduced binding of class 2 antibodies.

The N501Y and K417N mutations in the spike protein of SARS-CoV-2 alter the interactions with both hACE2 and human derived antibody: A Free energy of perturbation study

The N501Y and K417N mutations in spike protein of SARS-CoV-2 and their combination arise questions but the data about their mechanism of action at molecular level is limited. Here, we present Free energy perturbation (FEP) calculations for the interactions of the spike S1 receptor binding domain (RBD) with both the ACE2 receptor and an antibody derived from COVID-19 patients. Our results shown that the S1 RBD-ACE2 interactions were significantly increased whereas those with the STE90-C11 antibody dramatically decreased; about over 100 times. The K417N mutation had much more pronounced effect and in a combination with N501Y fully abolished the antibody effect. This may explain the observed in UK and South Africa more spread of the virus but also raise an important question about the possible human immune response and the success of already available vaccines.

Combination of Structural based Pharmacophore and Docking Virtual Screens: An Efficient Structure-based Protocol for Lead Identification

Structural and Dynamical Insight into PPARγ Antagonism: In silico Study of the Ligand-Receptor Interactions of non-Covalent Antagonists

Structural insight into the UNC-45–myosin complex

Molecular dynamics simulation of the human estrogen receptor alpha: contribution to the pharmacophore of the agonists